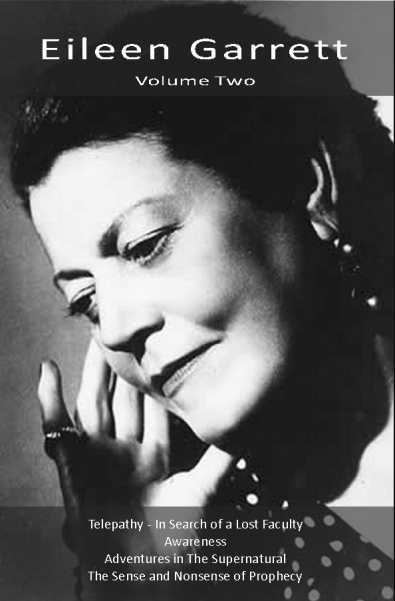 Eileen Garrett was an outstanding trance medium. She demonstrated, what was to many, conclusive proof of survival; however, she always doubted the source of the information that came through her.

She never accepted that what Spiritualists believed to be spirit controls were in fact separate from her. She came to the belief that her own super-conscious could access information and had also created the personalities as a means of presenting it.

Over a period of many years she subjected herself to every form of scientific test she could in an endeavour to understand how her mediumship worked.

She was also a prolific writer, publishing about a dozen books. This volume contains four of them published between 1941 and 1950. It should be understood by the reader that these four books, written over a nine-year period, were never meant to be read as one continuous work. They contain a great deal of repetition and a large portion is autobiographical. But that does not detract from the valuable information they contain on a wide variety of subjects.

I hope you enjoy reading these books as much as I have; Eileen Garrett certainly qualifies as an outstanding medium, psychic and paranormal investigator.