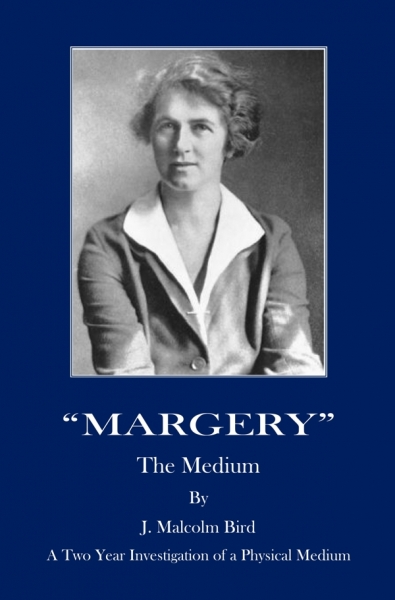 The Book
Margery Crandon was a physical medium. In her presence objects levitated, lights appeared and the both direct and independent voice phenomena occurred. All this under the most rigorous test conditions ever conceived by not only scientists but also by Houdini himself.

Margery was tested like no other medium before or since. For two years scientists appointed by the American Scientist sat almost daily in séance with her.

She was subjected to test after test and the final opinion of the author, J. Malcolm Bird who was the Secretary of the testing committee, was that the phenomena produced in Margery’s presence was genuine.

This book is an account of those two years of test séances.