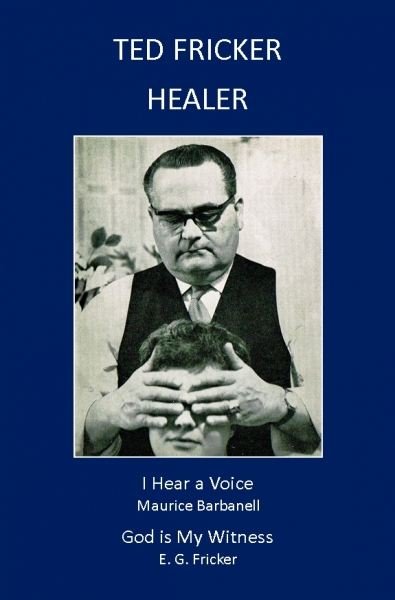 The Books
This is the story of one of the 20th centuries most amazing healers. A modest but remarkable man who possessed the ability to hear voices from the departed who diagnosed his patents and instructed him what to do to help them. Ted Fricker had no medical training and no special skills.

However, person after person—over a million in twenty‐five years—entered his office sick and despairing and many left with good health restored. During the 1950’s, 60’s and 70’s he treated many famous TV personalities and even the ex‐King of Saudi Arabia.

In 1964 Maurice Barbanell wrote about him and in 1977 Fricker published his own autobiography; this book brings both of them into a single volume for the first time.