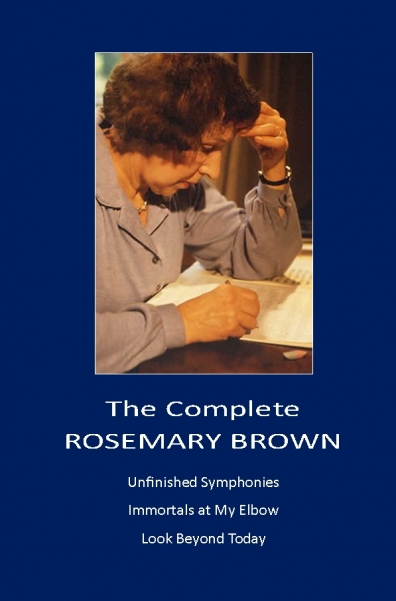 It is only 20 years since her passing, yet in the present-day Rosemary Brown has almost been entirely forgotten. She was not just an outstanding medium but also, possibly unique in the way it was directed. For this she deserves to be remembered.

Rosemary was predominantly clairvoyant and clairaudient; but what makes her special is the way in which it was used: Famous composers dictated new pieces of music to her. Over 600 new compositions from composers such as Liszt, Chopin, Schubert, Beethoven, Bach, Brahms, Schumann, Debussy, Grieg, Berlioz, Rachmaninov and Delius.

Many of these compositions were performed in concerts by Rosemary or professional musicians and she appeared on television several times. Philips also produced a long-playing record which unfortunately is no longer available.

Whilst I have known of Rosemary Brown for many years it is only in reading her three books and learning about her life and achievements that I have come to admire her.