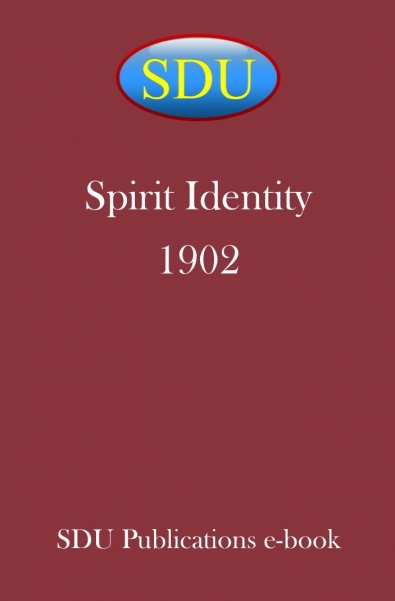 Preface.
Introduction.
Difficulties in the way of investigation.
Divergent results of investigators.
Attitude of public opinion represses publication.
This results also from the nature of the facts themselves.
The Intelligent Operator has to be reckoned with.
The investigator has little choice in the matter.
The higher phenomena are not susceptible of demonstration by the scientific method.
The gates being ajar, a motley crowd enters in.
We supply the material out of which this is composed.
No necessity to have recourse to the diabolic element.
Neglect of conditions proper for the investigation.
Agencies other than those of the departed.
Sub-human spirits—the liberated spirit of the Psychic.
These have had far more attributed to them than they can rightly claim.
Specialism in Spiritualism.
Religious aspects of the question.
Notes of the age.
The place of Spiritualism in modern thought.

The Intelligent Operator at the other end of The Line.
Scope of the inquiry.
The nature of the Intelligence.
What is the Intelligence?
Difficulties in the way of accepting the story told by the Intelligent Operator.
Assumption of great names.
Absence of precise statement.
Contradictory and absurd messages.
Conditions under which good evidence is obtained.
Value of corroborative testimony.
Personal experiences.
Eleven cases occurring consecutively, Jan. 1 to 11, 1874.
A spirit refusing to be misled by a suggestion.
A spirit earth-bound by love of money.
Influence of association, especially of locality.
Spirits who have communicated for a long period.
Child-spirits communicating: corroborative testimony from a second source.
Extremely minute evidence given by two methods.
A possible misconception guarded against.
General conclusions.
Personal immortality.
Personal recognition of and by friends.
Religious aspects.

Appendix 1.
On the power of Spirits to gain access to sources of information.

Appendix 2.
On some phases of Mediumship bearing on Spirit Identity.

Appendix 5.
On some difficulties of inquirers into Spiritualism.