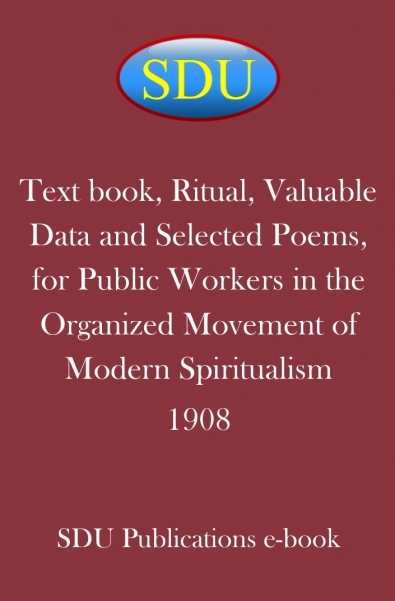 At the last annual Convention (1908) of The Progressive Spiritualist Association of Missouri, the complaint was made that at the present time there was not a single Text Book in existence from which our candidates for Ordination could be examined. The matter was thoroughly discussed by the present Executive Board with the result that the president and secretary were requested to undertake the compilation of a suitable work of this kind. The work has been carried out by President McArthur, Dr. Vierling's arduous professional duties having rendered it impossible for him to actively co-operate. The author has from time to time, however, submitted to the doctor for inspection his efforts and the discussion pro and con between them has aided materially in bringing about the desired results. Mr. McArthur desires to state that he has quoted freely from the works of older and more capable writers and has endeavoured to combine the best within his reach from all sources. The use of this book is not compulsory, but is simply the result of an earnest desire on the part of the present Board to assist as much as possible all who desire to better equip themselves as public workers in the Organized Movement of Modern Spiritualism.