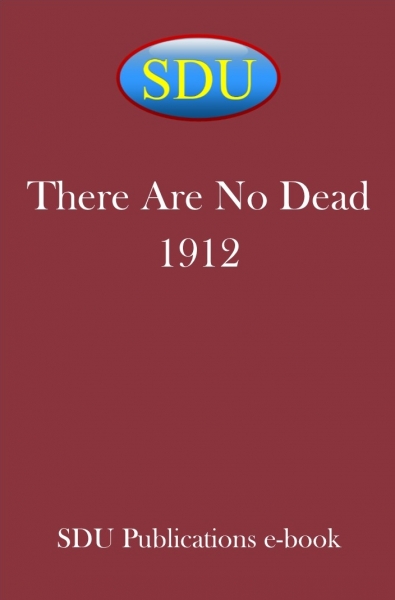 FOREWORD
I have selected from amongst "Communications," that, coming to me, have extended over a period of wellnigh fourteen years, such as would best illustrate the conditions governing the life upon the Higher Plane; but as no two lives in this world are identical, neither are any two upon the Plane Beyond, so, without further comment, I will simply show such things—or a very small part of such things—as have been told to me, trusting that they may bear a word of comfort to those who now sorrow as without hope for their own loved ones who have been called to the Grander Life Beyond.

In the following brief summary of the comfort and reassurance that has been vouchsafed me from the Beyond there is no attempt at anything in the way of "test" cases, despite the fact that many such have been shown me, though never in reply to a demand for the same. Spontaneously things have been told me, either for my own guidance, or for that of friends in sorrow and despair; and spontaneously have I been informed of things that have afterward come to pass; but any attempt at forcing communications in regard to future happenings has invariably been met by a well deserved rebuke from those who are "given charge" over each and all of us.

This gift, of which St. Paul tells us in 1 Cor. xii, 10th verse, and which the Apostle to the Gentiles there denominates as "discerning of spirits," is one which was doubtless possessed in much greater degree in the early years of the Christian Era, when the followers of Jesus of Nazareth were taught to ascribe all that was helpful and uplifting to the working of the Divine Spirit, and were not afraid of boldly proclaiming that which had thus been shown them for their guidance. "Neglect not the gift that is in thee," writes St. Paul to Timothy, proving that Timothy, himself, was endued with a gift beyond that accorded to ordinary men for the service of the Lord. Such a gift should assuredly be cherished as a sacred trust, and never used in a spirit of mere idle curiosity. If properly made use of, it will prove helpful to many people.

It is strange that so many professing Christians exclaim against the possibility of Intercommunion between the seen and the Unseen, the temporal and the Eternal, since the Christian Church Itself is founded upon this very Inter-communion; and nowhere in the Scriptures are we told that this, or any other of the Gifts of the Spirit enumerated by St. Paul in I Cor. xii:10, were ever withdrawn from man. Can it be that we fear to know that our loved ones are happy in serving God, rather than spending aeons of time in purposeless slumber? Which idea is in direct contradiction to Christ's own teaching.

"We can know of such things only when we shall have passed through the Valley of the Shadow," assert many.

Whence comes the authority for such an assertion.? Surely not from the words of our Lord, Who tells us: "God is not the God of the dead, but of the living."

These words leave us, indeed, but one of two' alternatives, viz: either God abandons those who have been taken from this world; or we have before us the glorious certitude that THERE ARE NO DEAD.