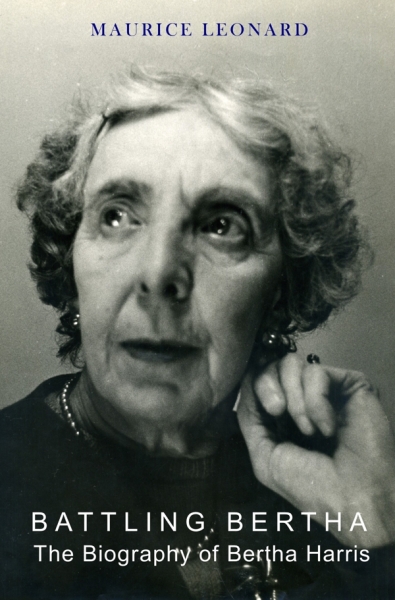 The Book
Bertha Harris is one of the most famous figures in the controversial field of modern occultism. She is a Spiritualist medium and, as such, has conducted investigations into the thorny fields of spirit photography; the materialization of entities who, as far as this world is concerned, have died; exorcism; and the laying of ghosts. So great was her reputation at the height of her powers that she has been consulted by monarchs, political leaders, generals and scientists.

She has worked with most of the famous pioneers of Spiritualism, holding "in depth" séances under the scrutiny of Sir Oliver Lodge; travel­ling the length and breadth of Great Britain undertaking a gruelling propaganda schedule, in the company of Sir Arthur Conan Doyle, and being personally coached in her mediumship by Mr. Ernest Oaten.

She has travelled the world demonstrating survival after death, and even held a séance in a tarantula infested forest in Africa, where an ectoplasmic unicorn manifested in front of the local witch-doctor. So great are Berthas achievements that she makes table-tapping and ordinary "message-giving" seem positively mundane by comparison.

Her nickname; Battling Bertha, was given her for her readiness to defend any attack made on her convictions. Particularly memorable is her quickness to defend her friend, Helen Duncan, who suffered the ignominy of imprisonment for daring to practice her mediumship—not in some remote dictatorship but in her homeland of Great Britain. During Helen's sentence, Bertha spent hours lobbying M.P.s outside the Houses of Parliament, trying to get an amendment made in the laws.

Not so well known are her personal tragedies. How her husband died in her arms while still a young man, her spinal injury which keeps her in permanent pain, and her period of total blindness.

This book, then, is the authentic, authorized and complete biography of Bertha Harris. Written in corroboration with the subject herself, it furnishes an Invaluable record for all those who ponder on the meaning of life—and death.